skip to main | skip to sidebar

Greens Leader Adam Bandt does not

have a clue. He is a fool who is simply making matters worse. I would like to think he is not aware of that but I have a nasty suspicion he is deliberately stirring the pot for the purposes of publicity.

He held a press conference yesterday and refused to have the national flag behind him. Instead he had the Aboriginal flag and the Torres Strait Island Flag. He has no right to use either of those flags. As a member of parliament however he is required to both use and respect the national flag. Yesterday he did neither.

He was undoubtedly encouraged in his actions by the fact that an eastern state has set aside $25m for a flagpole and an Aboriginal flag on the bridge across the harbour. This has, rightly, been criticised as a waste of money.  There are many things money is needed for in a state which has been devastated by fires and then floods. A flagpole won't feed people.

In this council area we now have the Aboriginal flag flying in a number of places, along with "rainbow" flags. Our national flag which should, by law, be taking precedence over these flags has been relegated to a secondary position. Those responsible for when and how the national flag should be flown are flouting the law to make "politically correct" points that only a very small minority believe are of any importance. Indigenous people have not even been part of the decision making process. It has been done "for" them rather than "with" them.

I am getting very tired of all of this and so are many other people I know. People such as Bandt do not represent the majority. Bandt is not speaking for anyone apart from himself and (perhaps) his party. Even within that party there are people who disagree with his stance on the flag. It is his stance which is actually racist and divisive. He has been given the publicity he clearly wanted but what has he achieved?

Most people are afraid to even discuss such issues for fear of being labelled "racist".  I don't want token gestures like flags and an "indigenous voice in the constitution".  I do want more people like Senator Jacinta Nampijinpa Price in parliament. She will do good for everyone. I leave you with her Twitter response to Adam Bandt's actions. Well said Senator. We can all learn from what you had to say. 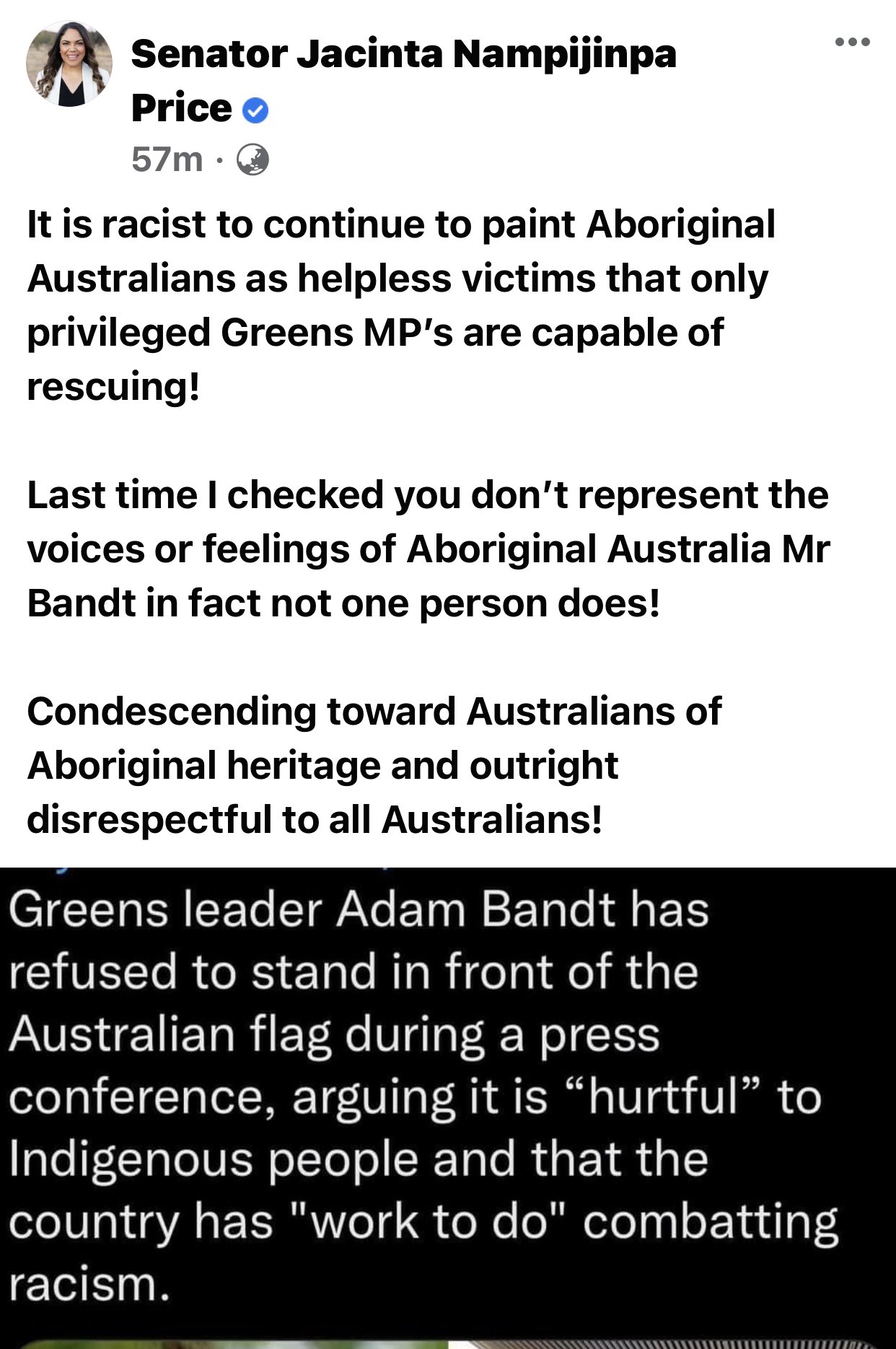 Posted by catdownunder at 08:11